I cannot believe it has been eight years. Almost exactly eight years ago, I was writing in Durham for Dovetales for the first time as an incoming pastor. As I look back, I am filled with gratitude to God and to you. St. Paul’s has been my first appointment as a senior pastor and a very special one. I came prepared for any reservation on the part of the congregants in accepting me as your pastor, being an Asian woman, actually the very first non-white pastor in St. Paul’s history. But from the first day of my visit till now, you have received me and loved me so warmly that all those years passed like a week.

Since my family and I came to St. Paul’s, all the wonderful things happened to us: getting green cards (Permanent Resident Cards), Hee-Soo being employed shortly afterwards, preaching at the Annual Conference and ordination in 2008, election as a General Conference delegate in 2011, General/Jurisdictional Conferences and my graduation in 2012, Hee-Soo and my 25th wedding anniversary trip to Western Europe in April/May, 2013, Standing Committee on Central Conference Matters meeting in Budapest, Hungary in Sept./Oct. that year, Ju-Heung’s graduation from UNCA in Dec., 2013, getting U.S. citizenship in 2014, Standing Committee meeting in Maputo, Mozambique in Feb., 2015, and Ju-Sung’s graduation from UNCA in May, 2015.

Special words of appreciation are in order. Among all these wonderful things that happened to us, I cannot thank you enough for your support for my studies. Would there be any other congregation that could show such a consistent and never-wavering spirit of support for it? I was already an ABD (All But Dissertation) when I came, but I didn’t touch it for a year, because I wanted to familiarize myself to the life of St. Paul’s. Starting in the second year, I slowly began to pick it up. With your gracious permission, I stayed in Durham for a month in Jan. or Feb., 2009, commuting to Duke Divinity School to collect additional sources and materials for the dissertation writing. Also at some point in my writing process, Brooks-Howell Home graciously allowed me (without my asking!) to stay in one of the apartments to get away from businesses to concentrate on study.

At first, it was so hard to get into the writing process. But you kept nudging me and encouraging me to press on. After some struggles in reading and arranging the materials according to the plan, I finally started writing. By the time I went to the Annual Conference in June, 2011, I was in the rhythm of writing one page a day, and I was at a little past the middle point of the second chapter (of the four plus introduction and conclusion). When I was unexpectedly elected as the last of the 11 clergy delegates to the GC there, my initial sense of great privilege and gratitude for the awesome opportunity quickly turned into worries. I asked myself, “What about my writing? How can I do it and prepare myself for the GC at the same time?” And I immediately knew that it was “Now or never.” I made up my mind sitting there in Stuart Auditorium to finish writing by Dec. that year.

As soon as I returned to the church, I talked with the SPRC chair and the Ad Council about declaring an emergency situation. With all your undivided support, I went into an emergency phase, during which I preached every Sunday, attended to the basic church business and members’ special needs like surgeries and funerals, but other than that, I focused on the writing. Slowly, it picked up the speed, and eventually it became two pages a day or at times even seven pages a day (because I could insert my short papers that I had prepared for that purpose years before). And, lo and behold, I submitted the draft to my advisor on Jan. 5, 2012! And you know the rest.

The reason I reiterated it at length is that my experience around finishing my degree program has epitomized the spirit of St. Paul’s: how generous, kind, supportive and loving you all have been! St. Paul’s will stay in my heart and my family members’ forever. Now that my pastoral role at St. Paul’s is getting to a close, I would like to say one more time, “Thank you. I love you.” May you continue to be a blessing to the new pastor who is coming in July and all the pastors after him. Please receive them exactly the way you have received me, and you will bless your pastors and the church in such a beautiful way! May God continue to bless St. Paul’s, so that its story may be a bright example of revitalization, renewal, and growth of a congregation! And may God bless each of you and yours abundantly and overflowingly!

The Permanent Endowment Fund at St. Paul’s UM Church was established for the purpose of providing members and friends the opportunity to make charitable gifts to St. Paul’s that will become a permanent endowment of financial support and a living memorial. The Endowment Fund is intended for purposes that are not a part of the church’s established programs that are funded through the annual operating budget of the church and the regular giving of its members.

Proposals for funding must first be approved by the Administrative Council before being referred to the Permanent Endowment Fund Committee for consideration.

To date, two proposals have been approved for funding. In May, 2013, a grant of $1800 was approved for updating the Web Page.

This project is still in process and the funds have not been expended. It is anticipated the Web Page will be operative this month.

The second proposal approved in February, 2014, was for $2000 to help underwrite St. Paul’s new Multi-Cultural Endeavor.

Gifts to the Endowment Fund can be made at any time. Gifts totaling $1025 were received this past month.

May and June are excellent times to honor our Mothers and Fathers on their special days by gifts to the Endowment Fund in their honor or in their memory.

Have you remembered St. Paul’s in your Estate Planning?

Human misery, death and destruction have dominated the news in recent weeks. In each situation UMCOR is at work with Annual Conference staff in the U.S. and international partners in other parts of the world:

UMCOR made grants to the Arkansas & Texas Conferences following the EF-2 tornados May 10,th & 12th. Four members of churches in Arkansas and Texas were killed; and parsonages were damaged.

Working through CasaMedic, a Canada-based UMCOR partner, a window film “Scotchshield” – has been supplied to provide special protection to hospitals and schools in Ukraine .

UMCOR’s work with Syrian refugees is done through multiple mission partners. To date more than $1 million has been provided.

IDP Camp on Turkey/Syria Border: A $70,000 grant in April to address outbreak of health-related pests (scabies and lice) in a camp with 1695 families, roughly 8300 people.

Northern Iraqi/Kurdistan: An $80,000 grant in April to provide hygiene kits to 920 families; and “new born kits” for 92 new mothers.

Contributions can be made at any time. Make checks to St. Paul’s Church and designate your gift with the number and the special area:

Can you name five significant events of 1869, before the organizing of the Woman’s Foreign Missionary Society of The Methodist Episcopal Church on March 23rd, 1869? (See below.)

This group (the WFMS) is the first and oldest of nine (9) woman’s home and/or foreign missionary societies that were organized in the (then) five denominations which now comprise the United Methodist Church.

United Methodist Women stands in an unbroken line back to 1869. The original Societies, and those that followed, “went out of business” through denominational mergers , General Conference actions, or planned internal changes to address new societal realities. It is a remarkable story of survival!

Planning began in 2010 with a National Advisory Committee which developed the overall design.

was introduced at the 2014 Assembly in Louisville, KY 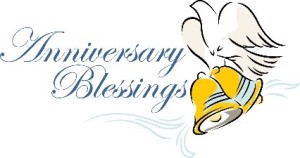 HELP SUPPORT THE MINISTRIES OF ST PAUL’S WHILE SHOPPING

Turn your shopping into a force for good. Shop at smile.amazon.com/ch/56-0588472 and Amazon donates to St Pauls United Methodist Church.
Loading Comments...
%d bloggers like this: